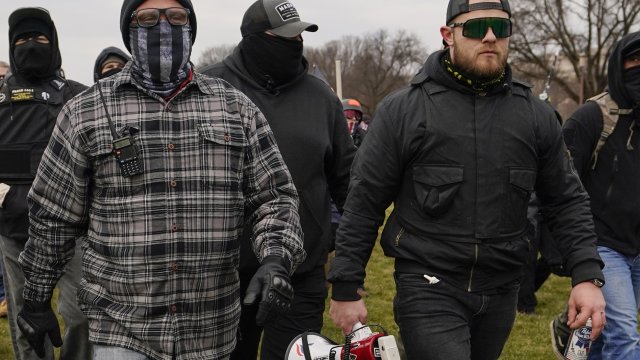 A federal judge said Joseph Biggs and Ethan Nordean are dangerous and should not be free ahead of their trial.

Two leaders of the proud boys group are now behind bars -- as they wait to stand trial for their actions during the January 6 capitol riot.

A federal judge said Joseph Biggs and Ethan Nordean are dangerous and should not be free ahead of their trial.

The two men had been free since they were indicted last month.

They're among more than two dozen capitol riot defendants -- who authorities say are involved in the far-right extremist group.