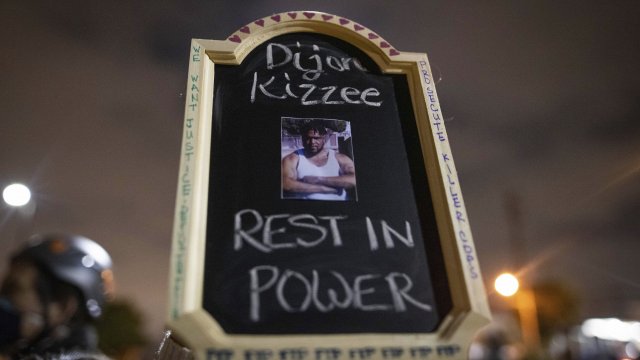 Calls for justice are growing in Los Angeles — where sheriff's deputies killed a Black man Monday.

The Los Angeles County Sheriff's Department said the confrontation started when deputies tried to stop the man for a bicycle code violation. He dropped his bike and ran. Family members have identified the man as 29-year-old Dijon Kizzee.

Once deputies caught up with him, the department said he punched a deputy in the face and dropped some belongings in the process — including a gun.

The department said the deputies shot Kizzee after he "made a motion" toward the gun.

Kizzee's death sparked peaceful Black Lives Matter protests, marching from the spot where he was killed to the sheriff's station.