Protests Over Deportation Raids Shut Down Intersection In Downtown LA 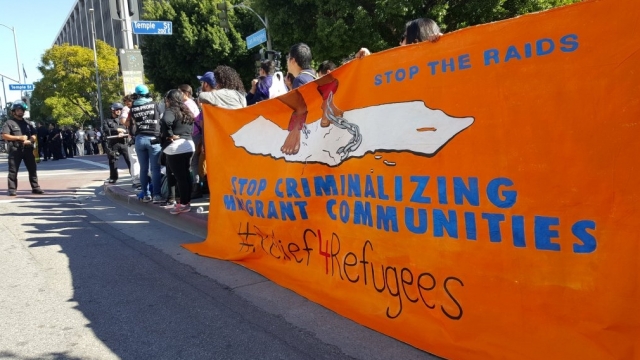 These people in downtown Los Angeles are protesting immigration laws.

Specifically, they're protesting immigration raids by the U.S. Department of Immigration and Customs Enforcement.

So far, no arrests have been reported since the protest started Tuesday morning.

The protests come less than a week after 22 Democratic senators sent a letter to President Obama urging him to stop deporting women and children from Central America.

After the raids this year in January, 121 adults and children were arrested and face deportation.