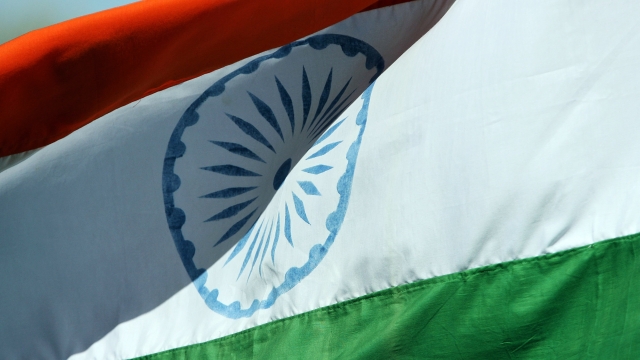 SMS
Protests Over Citizenship Law In India Turn Deadly
By Bailey Vogt
By Bailey Vogt
February 25, 2020
The two groups clashed over a citizenship law which only provides citizenship to asylum-seeking religious minorities if they're not Muslim.
SHOW TRANSCRIPT

Reports vary on how many people have died. One police official told Reuters at least seven people are dead, including a police officer, and about 150 are injured after two days of tension in India's capital.

The two groups clashed over the law which makes it easier for asylum-seeking religious minorities from three neighboring countries to become citizens — but only if they're not Muslim.

Protesters threw stones and lit cars and a gasoline pump on fire in the latest fighting since unrest over the law began months ago. Several of the protesters were shot.

The protests occurred about 11 miles away from where U.S. President Trump is meeting with Indian Prime Minister Narendra Modi.