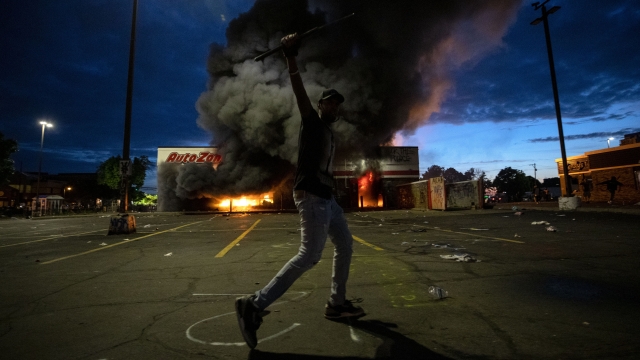 A second night of protests in Minneapolis over the death of George Floyd turned violent.

Demonstrations began peacefully Wednesday evening but the situation grew increasingly out of hand as the night progressed. Police in riot gear and protesters clashed, with officers using tear gas and plastic bullets to try to disperse the crowd.

It comes after the four Minneapolis police officers involved in Floyd's death were fired. But protesters are calling for stronger action. Minnesota governor Tim Walz said he wants a full investigation into the incident. And Minneapolis Mayor Jacob Frey says he wants to see criminal charges filed against the white officer who used his knee on Floyd's neck to pin the black man down.

The Star Tribune reports that Floyd's fiancée Courteney Ross is calling for calm in Minneapolis, saying Floyd "would not want people to get hurt... He lived his life protecting people.”