Michigan Protesters Gather At The State Capitol Over Lame-Duck Bills 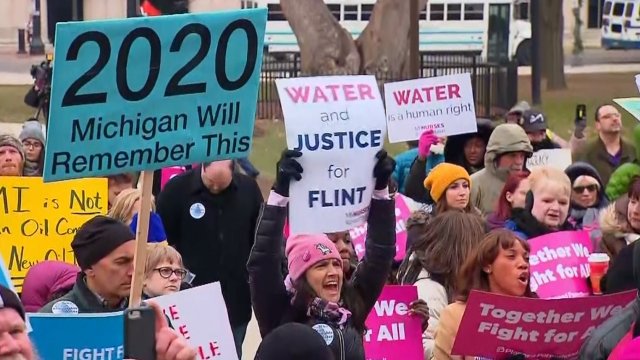 Protesters gathered outside Michigan's state capitol on Wednesday to speak out against what some say is a last-minute power grab by Republican lawmakers.

The lawmakers are trying to pass lame-duck legislation before leaving office. The protesters say some of the measures are aimed at limiting the powers of Democrats who will take over in a couple of weeks. Last week, Republican lawmakers also took the final steps to try to restrict minimum wage and sick leave laws.

On Wednesday, outgoing Governor Rick Snyder also signed a controversial pipeline bill that would allow construction of a Great Lakes oil tunnel, as well as establish a governing authority to oversee the tunnel. He said the law protects the Great Lakes "while securing better energy infrastructure for Michigan."

Beginning in January, a Democrat will hold the office of governor, attorney general and secretary of state in Michigan for the first time in nearly 30 years.