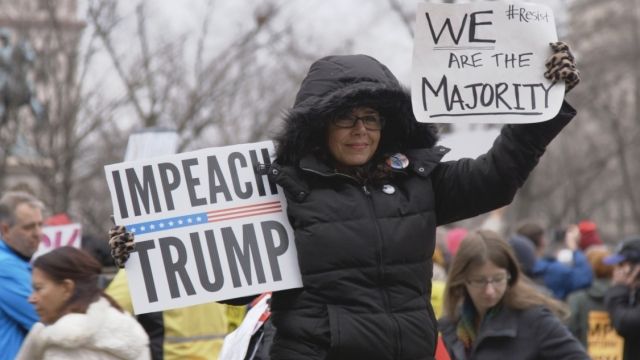 SMS
Donald Trump Is Making America Protest Again
By Zach Toombs
By Zach Toombs
January 20, 2017
President Trump's inauguration was full of unrest, setting a record for the number of protesters at a recent inauguration.
SHOW TRANSCRIPT

The American protest is making a comeback, and the numbers show it.

At most inaugurations, we see few, if an, major protests. But President Trump's was not like most inaugurations. These numbers go way beyond what we saw in the George W. Bush years — and even beyond those of Richard Nixon's second inauguration, when protesters marched against the Vietnam War.

Trump's day-one demonstrators might have something to do with approval ratings. As he enters office, Trump's is historically low for an incoming president.

"We'll always be interested, however long he's president, whether it's a year, two years or the complete four years, I'll always want to have my voice heard," Eden Campbell told us.

One thing we've heard a lot from young protesters is that their perception of their own country changed on election night. This shift from the Obama era to the Trump era has brought a lot of people out to protest for the first time. 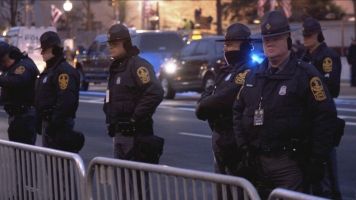 "I'm not very political," one protester, Richard Lucas, said. "I've ignorantly thought,'I don't need to read the news; it's all just garbage.' But I think now, more than ever, we need to stay informed."

"When we were planning for this, we had hundreds of people contacting us locally and many thousands across the country who had never been involved in something like this before," organizer Yasmina Mrabet said. "But they felt that Trump and his agenda were so extreme that they had to say something — they had to do something."