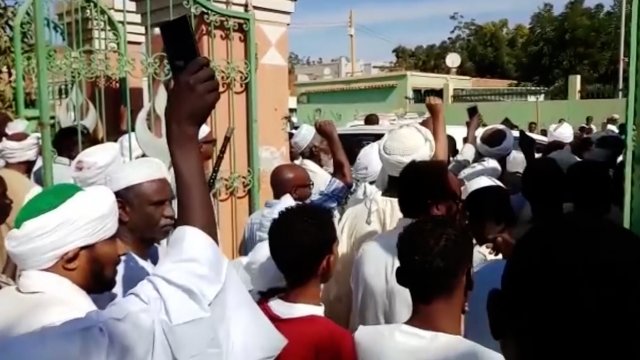 SMS
Deadly Protests Continue Into Tenth Day Across Sudan
By Audrey Esther
By Audrey Esther
December 28, 2018
For more than a week, protesters in Sudan have called for major political reform as well as for the country's president to resign.
SHOW TRANSCRIPT

Protests continued for the 10th consecutive day on Friday in Sudan's capital.

According to Sudan's Ministry of Information, at least 19 people have died and more than 400 have been injured. But according to Amnesty International the number of those killed could be at least 37.

A group of professional unions made up of doctors, lawyers and teachers reportedly organized the protests that are said to be supported by two of the country's largest opposition parties.

Protesters are calling for President Omar al-Bashir to resign.

The demonstrations initially began over fuel shortages and an increase in food prices. For example, during the past year, the cost of bread in the country has doubled. But they soon evolved into a wider call for President al-Bashir to step down following accusations of economic mismanagement.

Protests are taking place in more than dozen cities throughout Sudan.