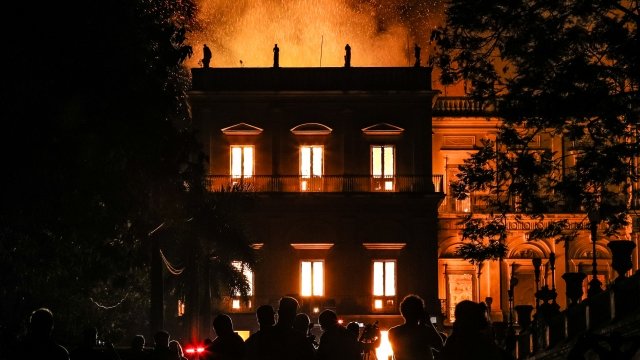 Police and protesters clashed in Rio de Janeiro after a fire destroyed the National Museum of Brazil earlier this week.

Some of protesters say they blame the fire, in part, on inadequate maintenance of the building due to government spending cuts.

The 200-year-old museum held an estimated 20 million artifacts, including the oldest human remains ever found in the Americas.

Museum officials say it's likely the fire destroyed many of these items. So, they may ask collectors worldwide to donate or sell historical artifacts to be placed in a possibly new yet-to-be built museum.