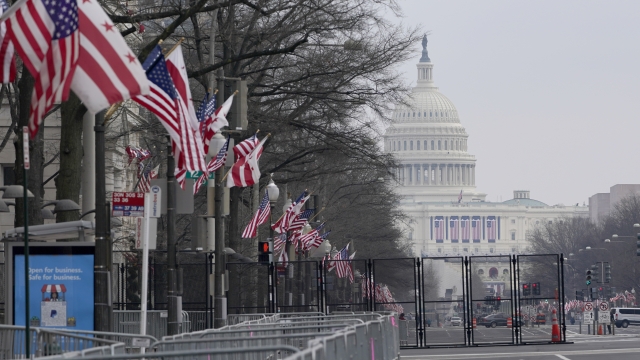 Despite major security concerns, and exactly two weeks after the siege on the U.S. Capitol, authorized protesters will be allowed to assemble in so-called First Amendment zones about a half mile away from the site of the inauguration.

That specific group was originally going to be allowed to assemble along Pennsylvania Avenue, but the jumbo screen isn’t allowed in the “red zone,” where access is heavily restricted due to heightened security concerns.

A National Park Service spokesperson told Newsy that up to 100 people are allowed at each site, but it’s unclear if the public will be allowed inside this secure zone, which is considered the “green zone,” where traffic is mainly restricted to businesses and residents. D.C. Mayor Muriel Bowser has asked for protest permits to be canceled.

“For a couple of reasons. For the security of the event," she said.

But the National Park Service says it has security in place to prevent permitted demonstrations from getting close to the Capitol.

The big question remains though: How can Americans protest the 59th presidential inauguration? The answer appears to be: anywhere but in the nation's capital city.