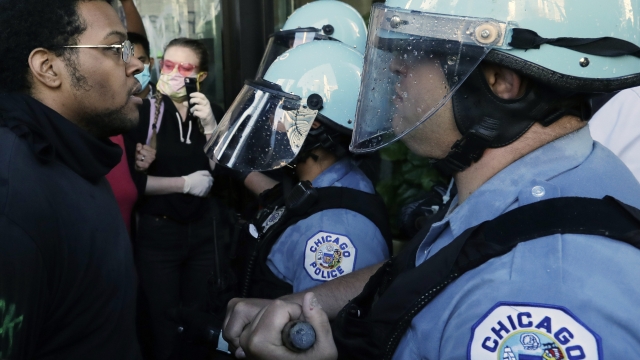 They are accusing police of violent attacks and wrongful arrests during demonstrations this summer.

More than 50 protesters in Chicago are suing the city's police chief — and officers.

They are accusing them of violent attacks and wrongful arrests during demonstrations this summer.

The lawsuit says officers used tactics including tackling and beating protesters and used chemical agents against them.

Some of those demonstrations turned violent — with people destroying property and stealing from stores.