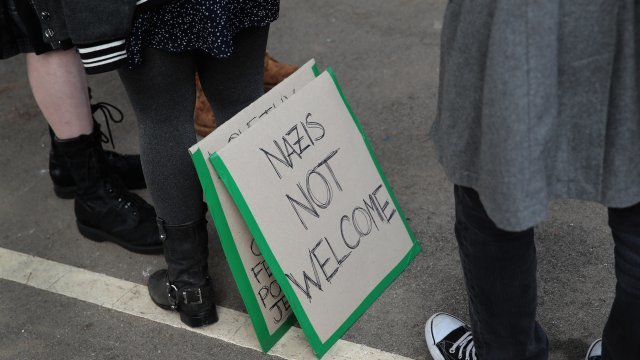 Protesters, police and white nationalists clashed at Michigan State University ahead of a planned speech by Richard Spencer.

Spencer is an outspoken anti-Semite and white nationalist. Protesters blocked the people trying to attend his event, and the confrontation soon turned violent.

Police say two dozen people, including protesters and Spencer supporters, have been arrested on charges ranging from misdemeanors to felonies.