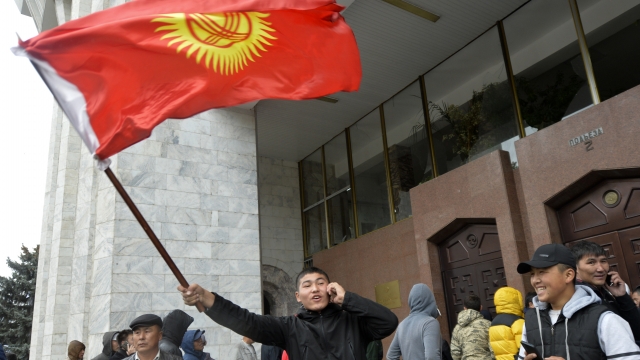 SMS
Protesters Occupy Government Buildings In Kyrgyzstan After Election
By Newsy Staff
By Newsy Staff
October 6, 2020
Demonstrators have taken control of the country's parliament and other government buildings.
SHOW TRANSCRIPT

Officials in Kyrgyzstan have nullified the results of the country's parliamentary election after mass protests.

Protesters and police clashed in demonstrations overnight where the country's health ministry says at least one person died and hundreds more were injured.

The president said the country was facing a coup after protests escalated. Many say the election was riddled with vote-buying.

Demonstrators have taken control of the parliament, freed political prisoners and established leadership positions. They are demanding the country hold new elections.