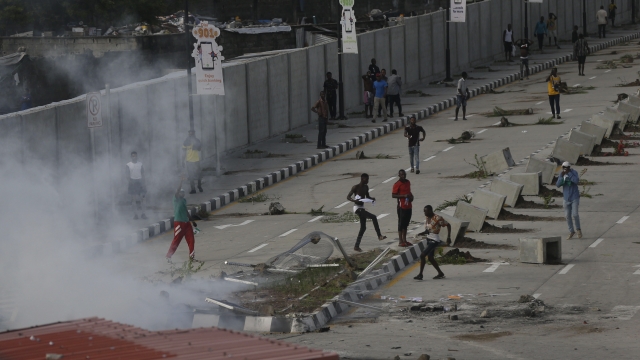 SMS
Protesters Killed By Nigerian Authorities
By Gage Jackson
By Gage Jackson
October 22, 2020
Demonstrations are calling for an end to police brutality and the disbandment of the police Special Anti-Robbery Squad.
SHOW TRANSCRIPT

Protesters in Nigeria defied a 24-hour curfew Wednesday to protest police brutality in the country. Military and police units killed at least a dozen protesters Tuesday. That's according to Amnesty International.

That group says at least 56 people have died during two weeks of widespread demonstrations against police violence, including 38 on Tuesday.

The protests began as a call for Nigeria's government to disband the police Special Anti-Robbery Squad.

But they've grown into a much wider demand for better governance in the country.