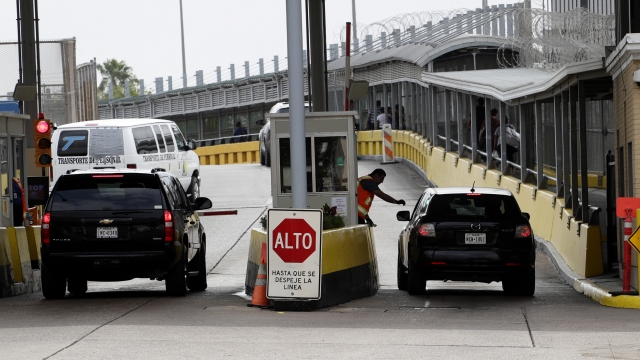 SMS
Protesters In Mexico Call For Virus Screenings Of Americans
By Meg Hilling
By Meg Hilling
March 27, 2020
Mexican protesters say not enough is being done to enforce travel restrictions when it comes to Americans entering Mexico.
SHOW TRANSCRIPT

Protesters in Mexico are calling for additional coronavirus screenings of Americans crossing the border.

According to USA Today, a small group of protesters in Mexican state of Sonora blocked traffic at a checkpoint into the country Wednesday for a couple hours, holding signs asking Americans to stay home. Protesters told reporters they were demanding that the president of Mexico begin increasing travel restrictions, as well as screen everyone that enters from the U.S. for the virus.

Earlier in March, President Trump announced that the U.S. would be restricting nonessential travel between the U.S. and Mexico. But while CNN reports that border crossings, both legal and illegal, between the two countries have dropped in recent weeks, Mexican protesters say not enough is being done to enforce travel restrictions.

The U.S. has now exceeded China and Italy with the number of confirmed cases of the virus, but Mexico’s case number remains a fraction of the U.S.'s.