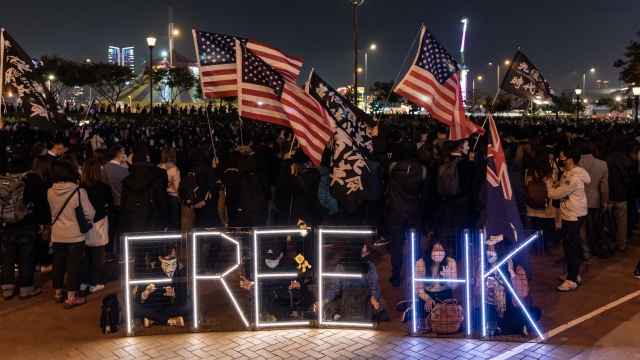 Protesters in Hong Kong took to the streets and shopping centers the day before Christmas, where they clashed with police.

Officers launched tear gas into crowds, used pepper spray and made a few arrests. Some protesters set fire to the entrance of a subway station.

Demonstrations have been ongoing for over six months, now. They were sparked by a controversial extradition bill which was eventually scrapped. But after that, demonstrators pushed for other demands, including: universal suffrage, an independent inquiry into police conduct, amnesty for protesters who have been arrested and an end to characterizing demonstrations as "riots."

In early December, some 800,000 people marched in Hong Kong. It was the biggest protest in months.

The group that organized that demonstration and other major protests is calling to continue the movement into the new year.