Protesters In Hong Kong Hit The Streets Despite Government Ban 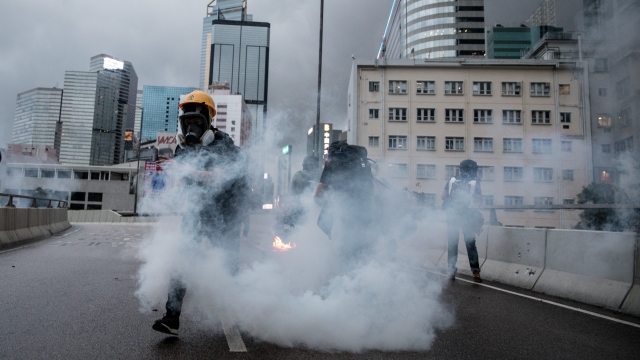 Tens of thousands of people clashed with police. Protesters threw Molotov cocktails at government headquarters and police. Some also started fires in the streets. Police fired tear gas and water cannons at protesters.

"Most of the people here are right here to show that we are not afraid of the arrests or consequences," Alvin, a protester, said. "And we have to hold on to what we believe and what we are fighting for."

Protesters want a full withdrawal of the now-suspended controversial extradition bill. The bill would have allowed Hong Kong residents to be sent to mainland China to stand trial. They also want democratic elections and an investigation into police brutality. And on top of that, they're calling for Hong Kong' chief executive, Carrie Lam, to step down.

On Tuesday, Lam said the government is looking into all "legal means to stop violence and chaos" in the city.

Police in Hong Hong have made hundreds of arrests in the protests.