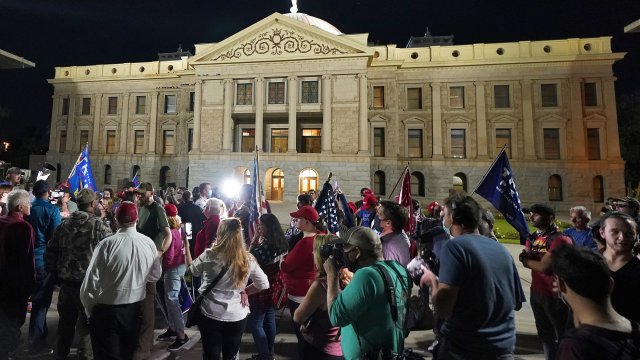 President Trump's supporters gethered for another night outside the Maricopa County election center -- demanding the vote counting to stop. The Associated Press has called Arizona in Biden's favor -- here at Newsy we follow A-P numbers -- and have include the state's electoral votes in Biden's count. Votes are still being counted in the state. But President Trump has baselessly cast doubt on the state's process -- calling the ongoing vote counting "illegal."