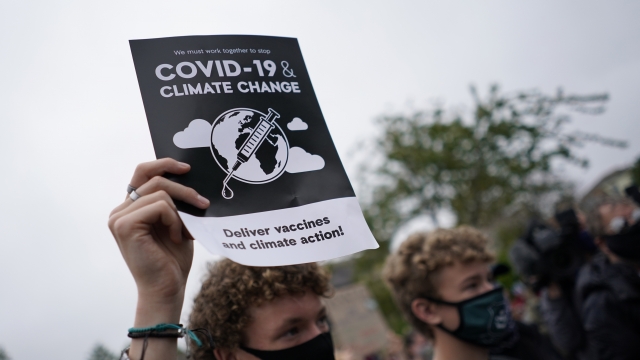 Activists for multiple causes gathered near this week's summit in St. Ives. They included racial justice and environmental protests.

Some carried flags with the message "G-7 drowning in promises."