Protesters Gather In The Philippines On Martial Law Anniversary 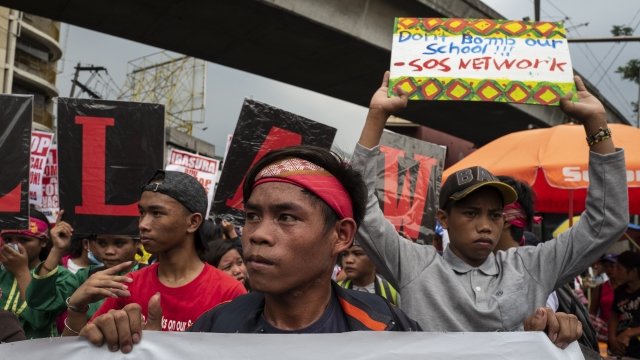 Protesters in the Philippines demonstrated on Friday against the actions of both a current and former president.

They gathered in Manila on the 46th anniversary of when former president Ferdinand Marcos placed the country under martial law. That lasted for almost 10 years. Current president Rodrigo Duterte has considered similar actions.

Last year, Duterte declared martial law in part of the county's southern region after an attack reportedly by Islamic militants. That is scheduled to be in place until the end of 2018. He also suggested expanding it nationwide, citing ongoing security concerns.

But in June, Duterte said doing so wouldn't be feasible, but he "might think of something else (instead) of martial law."

Either way, protesters say they will try to "defeat any attempt to bring the country back under dictatorship."