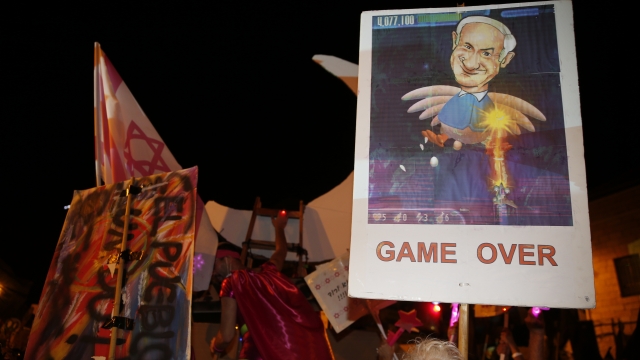 Holding signs with slogans like "Crime Minister" and "out of touch" — the estimated 15,000 protesters took over streets surrounding Netanyahu's residence. The Associated Press said there was no reported violence and police dispersed the protesters early Sunday.

As coronavirus cases soar and unemployment hits 20%, protesters accused Netanyahu and his coalition government of corruption, mishandling the pandemic, and ignoring voters.

Dissidents protested the prime minister continuing to hold office while he's on trial for bribery, breach of trust, and fraud.

Netanyahu formed an emergency government with political rival Benny Gantz in March. The two had faced off in three elections with inconclusive results but came together to handle the coronavirus pandemic.

However, the rival parties are sparring over Israel's budget. If the two sides can't compromise, another election would be triggered.