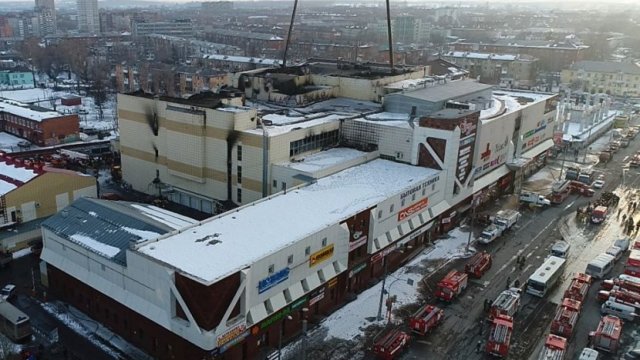 Hundreds of residents gathered in Kemerovo, Siberia, on Tuesday to demand an investigation into a deadly fire that tore through a shopping mall Sunday.

The fire killed at least 64 people, and 41 of the victims were children.

Officials say the blaze started in a children's entertainment center on the fourth floor. Investigators and witnesses say the mall exits were blocked and no alarm went off.

The cause of the fire has yet to be determined.

Russian President Vladimir Putin visited the city Tuesday. He called the incident "criminal negligence" and promised that those responsible would be held accountable.