Protests In Nicaragua Prove Young People There Are Politically Engaged 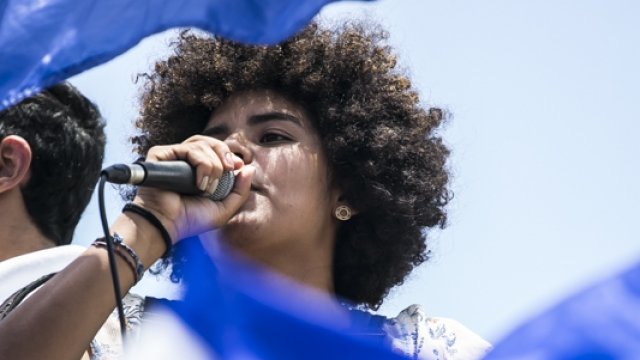 Nicaraguans are experiencing once-in-a-generation protests, and young people especially are on the front lines.

"We have been called apolitical for the last 15 years. Every sector of society have claimed that young people do not have interest in politics," Nicaraguan activist and artist Miranda said. "Now, everything changes, the entire rhetoric needs to change, and people need to start listening. This is the biggest generational kind of conversation that's about to [happen]."

Due to the tumultuous environment in Nicaragua, Newsy respected the request of our source to not use his full name. 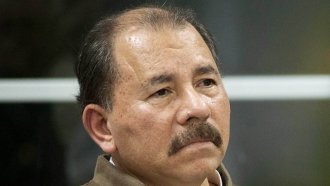 A lot of the images coming out of Nicaragua show deadly protests centered around the government's now-rescinded plan to overhaul its social security system — a change that would have affected pensions and salaries. But protesters' grievances go beyond that.

Peaceful protests began weeks ago after a fire devastated an important nature reserve. Now, protesters have joined together and are hitting the streets with demands ranging from an end to police brutality to a full overhaul of the government.

"The government has the money and the power to make things better, but they've decided to invest on themselves and the private sector," Miranda said. "Let's say next week, [we] had truly democratic elections. I do not think that the government would win."

Nicaragua's president has been critical of the protests, which have left dozens of people dead and even more injured or detained. The vice president said the government's response to the protests is a "legitimate defense." Meanwhile, at least one independent news station in the country temporarily went off air as the government tried to gain control.

"[In] all of these movements ... there's no leadership and there's no figures that have said, 'I represent this and I will talk to this person.' Everything is completely horizontal and decentralized," Miranda said.

That decentralization means some of the protesters' goals — like a complete overhaul of the government — may be difficult to achieve.

"There is no clear opposition that can join all these different sectors together in a common platform," Miranda said.

For older Nicaraguans, the current protests might bring to mind the country's revolution in the late '70s and early '80s.

"Whoever is the age over 35 experienced the revolution in the '80s. They understand what's at stake and what kind of environment they were living back then, or even 1978, 1979. Talking to my parents and family members, they said that they've never seen anything escalate to this level this is now ... since those years," Miranda said.

"If everything calms down today, it is going to re-emerge in a couple of weeks or is going to re-emerge at different sectors, at different moments, basically until something happens," Miranda said. "Because there's so much momentum and energy that I don't think things going back to normal is an option, because people have realized how strongly we are as a collective voice."