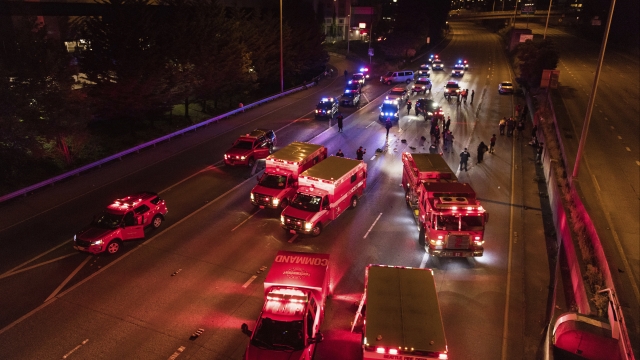 SMS
Protester Hit By Car On Closed Freeway Dies Of Injuries
By Bailey Vogt
By Bailey Vogt
July 5, 2020
Summer Taylor, 24, was participating in a takeover of Seattle's I-5 — which state troopers had closed down for the event.
SHOW TRANSCRIPT

A 24-year-old demonstrator was killed Saturday when they were hit by a car on a closed Seattle freeway during a protest.

Washington State Patrol said Summer Taylor died at an area hospital Saturday. Another protester 32-year-old Diaz Love was hit by the same driver and was in critical condition.

The two protesters were participating in a Black Lives Matter takeover of Seattle's I-5 — which State Troopers had closed down for the event — when the driver got around protester-parked cars used for protection and hit them.

The driver, described as a 27-year-old Seattle man, fled the scene. However, a protester hopped in a car and chased and stopped him. Troopers eventually arrested him for vehicular assault. Bail was denied.

A GoFundMe page set up by a friend of Summer Taylor to help pay medical expenses described them as, quote, "an incredibly strong and independent spirit" who worked at a veterinary clinic.