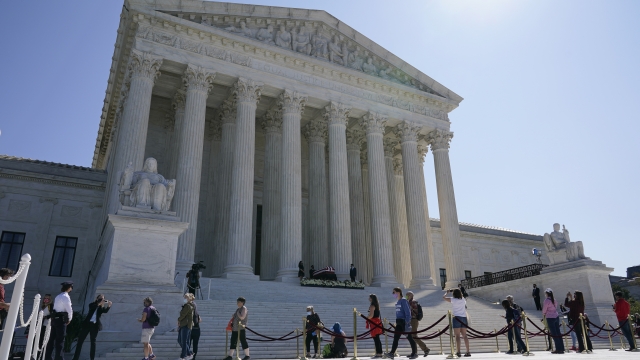 As the nation prepares for another contentious Supreme Court nomination, advocates are calling for more security for those serving on the highest court in the land.

He advocates for more transparency and protection in the Supreme Court.

Roth shared with Newsy a government document acquired through the Freedom of Information Act, which showed a justice was threated in the spring of 2017. Newsy is the first media outlet to confirm the dates and locations matched the scheduled travel plans of Justice Sonia Sotomayor — though exactly what the threat is is unclear, because of redactions.

And there have been other incidents in years past: Justice Stephen Breyer’s homes were burglarized in 2012. Justice David Souter was assaulted during a jog in 2004, and Ruth Bader Ginsburg was robbed in 1996.

"When you have a Supreme Court that only comprises nine individuals, the stakes are even higher," Roth says.

Justices are protected by the Supreme Court Police Department while they’re in Washington. When they leave the capital, they can either accept or decline protection by the U.S. Marshals Service.

"The justices really like their anonymity. And if there's two deputy marshals or two Supreme Court police officers trailing them when they're going for a run or going to the grocery store, they kind of lose that anonymity," Roth says.

The U.S. Marshals Service says federal judges and other members of the judiciary received nearly 4,500 threats last year. One assault this summer made headlines:

"A madman who I believe was targeting me because of my position as a federal judge came to my house... While my husband is still in the hospital recovering from his multiple surgeries, we are living every partner’s worst nightmare, making preparations to bury our only child," said the federal judge, Esther Salas.

Jamil Jaffer — who was involved in the nominations of Supreme Court Chief Justice John Roberts and Associate Justices Neil Gorsuch and Samuel Alito — says even nominees could be targets.

"Nominees are going to be contentious, particularly as we approach a political election, a big election here in November. And so it's important that any nominee have appropriate protection," Jaffer says.

Both the U.S. Supreme Court and the Marshals Service declined to discuss security protocols. But a source close to the Supreme Court says fears for the justice's safety just aren’t there.

"The reality is that we have become much more polarized as a nation and we're going to remain polarized, unfortunately, probably through this election and maybe past it," says Jaffer. "I think the most important thing is that we need to get politics out of judging."