Protected Land Is Shrinking At Home And Around The World 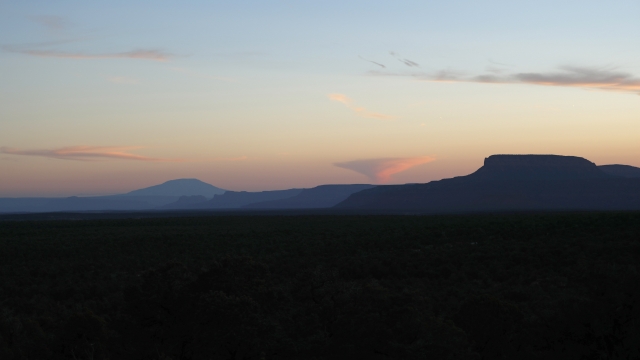 SMS
Protected Land Is Shrinking At Home And Around The World
By Ethan Weston
By Ethan Weston
June 1, 2019
A new study says the U.S. saw its largest reduction in protected lands ever under President Trump. But the trend is happening worldwide.
SHOW TRANSCRIPT

The U.S. saw its largest reduction in protected lands ever under President Donald Trump's administration, according to a new study.

The study, released Friday in the journal Science, specifically cites the president's decision to shrink the Grand-Staircase Escalante and Bears Ears national monuments in Utah back in 2017. That decision removed protection from a total area of land twice the size of Rhode Island.

The downsizing of those monuments is being challenged in the courts right now.

But the government has identified nine other national monuments the White House could shrink. The study says 90 percent of the government's proposed land protection changes have been issued since 2000.

It's worth noting that President Trump isn't the first president to shrink a national monument. For instance, three different presidents shrank Mount Olympus National Monument in Washington before it was eventually designated a national park.

And this issue isn't exclusive to the United States — the trend is global.

Since 1961, over 1.3 million square miles of land protections have been downgraded or removed, according to the study.

Across the globe, these changes are largely in favor of industrial operations, but local pressure and land claims is also a major cause for the changes in protected land status.