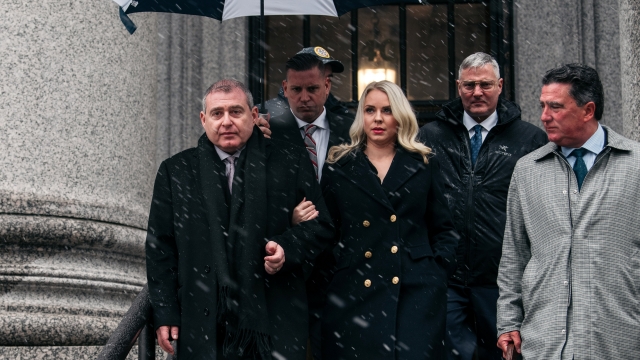 Federal prosecutors want a judge to revoke bail for Lev Parnas, who is currently under house arrest in Florida.

Parnas is an associate of Rudy Giuliani. He was indicted in October for allegedly funneling foreign money into U.S. elections.

In their court filing submitted Wednesday, prosecutors with the U.S. Attorney's Office in Manhattan say Parnas made false or misleading statements to the government about his finances — including not disclosing a $1 million transfer from a Russian bank account that he received in September.

Prosecutors also alleged that Parnas misled his pretrial services officer in Florida "into believing that the Court had effectively approved his request to leave his house each day."

Prosecutors say these mischaracterizations, along with his "considerable ties abroad" and "seemingly limitless access to foreign funds," make Parnas a "significant flight risk" who should be forced to stay in jail while he awaits trial.

Parnas has pleaded not guilty to the criminal campaign finances charges. Prosecutors have already said they'll "likely" file new charges against him for additional crimes. It's currently unclear what those crimes are.