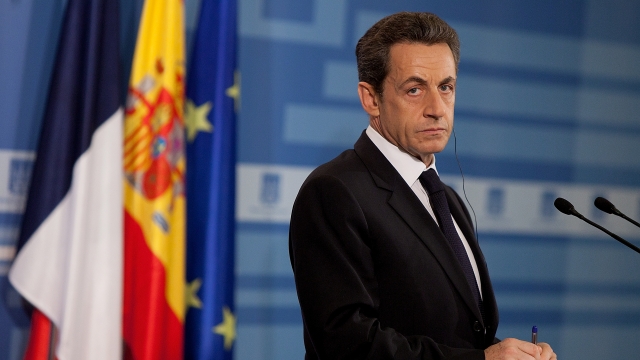 Sarkozy and a number of party officials have been under investigation for concealing that the party — Union for a Popular Movement, which is now known as The Republicans — spent well over the country's $25 million campaign spending limit. Sarkozy has said he is innocent.

Regardless, Sarkozy lost to current French President François Hollande in 2012.

As recently as Sunday, The New York Times reported Sarkozy had a shot at success this time around. Even though he faced another investigation stemming from the campaign financing case, Sarkozy has been appealing to the country's growing anti-immigrant sentiment and voters' concerns over terrorism.

Sarkozy will face other Republican candidates in a primary in November. The presidential election won't take place until spring 2017.

Judges will now decide whether Sarkozy will, in fact, stand trial.

According to various news outlets, a trial likely wouldn't happen before the November primary. If he were to win the presidency, he'd have immunity from facing trial while in office.