Prosecutors Say They Have Proof Of WikiLeaks Communication 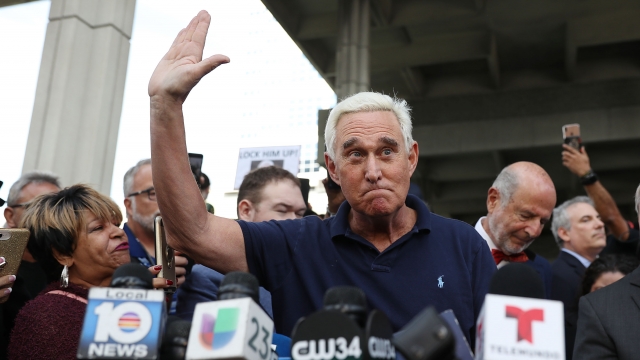 For the first time, prosecutors said they have proof of Roger Stone communicating with WikiLeaks.

According to a new court filing Friday, prosecutors said they found communications between Stone, WikiLeaks and Guccifer 2.0, the named used by Russian agents to spread the documents. Stone's legal team will have access to the evidence as they prepare for his trial. The filing didn't go into detail about what was discussed.

Last month, Stone pleaded not guilty to charges from special counsel Robert Mueller that he lied to the House Intelligence Committee.

The court filing comes on the same day a federal judge issued a gag order in the case, which prevents Stone and his attorneys from talking about the case publicly. They also can't talk about the case in and around the courthouse.

In a statement, Judge Amy Berman Jackson said that Stone and his lawyers must stop talking about the case to "maintain the dignity and seriousness of the courthouse and these proceedings."