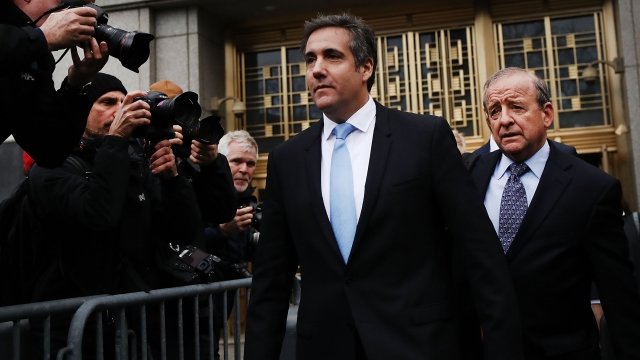 Cohen's defense attorneys have asked for zero time behind bars. But in a court filing on Friday, the prosecutors pointed to the recommended jail sentence which ranges from 51 to 63 months, and it seems like they're asking for a sentence on a lower end of that scale.

This case is in the Southern District of New York. Earlier this year, Cohen pleaded guilty to several counts of tax fraud and campaign finance fraud. But the former personal lawyer for President Trump is also helping special counsel Robert Mueller's investigation.

That cooperation is why Cohen's team thinks he should get off scot-free. But prosecutors say Cohen is overstating his cooperation, and they say he's only motivated by personal greed and "the desire to live an opulent and lavish lifestyle."

The filing said Cohen described himself as good natured, but evidence shows he was threatening and abusive. It also says Cohen hasn't really accepted responsibility for his actions, writing they, "were not just technically criminal, but serious offenses against the Government and the public."

Cohen's sentencing is set for Dec. 12.