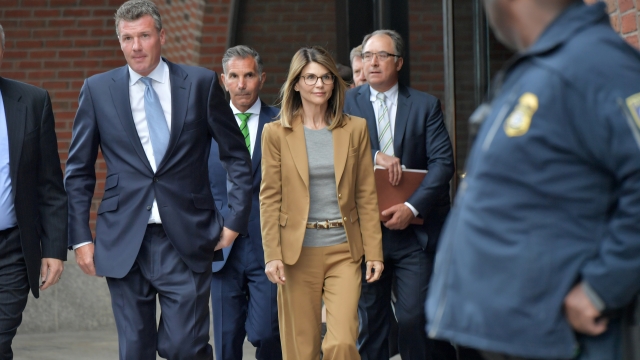 Actress Lori Loughlin, her husband, Mossimo Giannulli, and other parents connected to the college admissions scandal are being accused of withholding evidence.

Federal prosecutors wrote in a court filing Friday that many defendants in the case have yet to turn over any discovery evidence, even though they're required to do so.

Prosecutors say the government "complied with its discovery obligations" by handing over its evidence eight months ago.

But Loughlin and Giannulli's lawyers say the government has not done that. They said, "The defendants have filed certain motions to compel ... and do not agree that the government has yet complied with its discovery obligations."

In December, the couple's lawyers accused federal prosecutors of holding back crucial evidence that would ensure them a fair trial.

Loughlin and Giannulli are accused of paying $500,000 to secure spots for their two daughters at the University of Southern California. They've pleaded not guilty to charges including mail fraud and bribery.