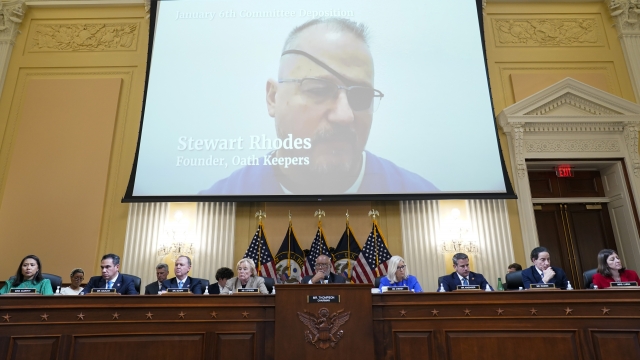 Federal prosecutors are gearing up to lay out their case this week against Oath Keepers founder Stewart Rhodes and four other co-defendants linked to the anti-government far-right militia group.

Hundreds of pages of court documents make the case against the group — the first to stand trial on charges of seditious conspiracy. It's a rare charge that is hard to prove and hard to win.

"Just talking about it is not enough," said Lindsay Whitehurst, law enforcement reporter at the Associated Press. "Prosecutors have to show there was a concrete plan in place to actually do this. So, the charge is not used very often, and prosecutors don't always get the conviction they're looking for."

By definition, seditious conspiracy means two or more people in the U.S. conspiring to "overthrow, put down, or to destroy by force the government of the U.S." or to levy war against them.

It carries a maximum prison sentence of 20 years.

Prosecutors will try to prove the actions of the Oath Keepers weren't spur of the moment but instead part of a methodical and premeditated plan to stop Joe Biden from becoming president. The defense is likely to paint it all as a lie.

"In this case, the Oath Keepers say that prosecutors have twisted their words and that they were only there to provide security to various right-wing political figures like Roger Stone," Whitehurst said.

In court documents, Rhodes' lawyers wrote they believed the president would invoke the Insurrection Act to call up a militia, and the members were ready with gear and weapons. Defense lawyers wrote, "The government would like this court to believe that is sedition, when in fact, it is the opposite. It is loyalty to an oath taken in defense of the country." 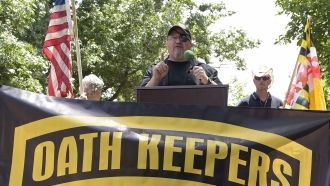 "At certain points he talked about it as this is just a group of people who really love the Constitution and want to make sure that we stay true to those principles," Whitehurst said. "But then internally, from the experts we spoke to, some of those conversations got darker and saw these threats of tyranny as more imminent, and especially when it came to disarming citizens, taking away guns and the Second Amendment."

Former coworkers say Rhodes transformed from a libertarian to an anti-government radical.

"Sure enough, over the years, I did hear Stewart talking more and more about a civil war, and that obviously frightened me," said Matt Parry, a former coworker of Rhodes'.

Jason Van Tatenhove worked for the group as its national media director. He left and testified against them before the Jan. 6 committee.

"The best illustration of what the Oath Keepers are happened Jan. 6 when we saw that stacked military formation up the stairs of the Capitol," Van Tatenhove said. "I can tell you that they might not like to call themselves a militia, but they are, they are a violent militia."

Prosecutors filed the last case of seditious conspiracy in 2010 against Michigan militia members. They were acquitted after a judge said their messaging didn't include detailed plans.

Charging documents in the Oath Keepers case lay out what prosecutors hope will prove detailed planning.

Sam Jackson is the author of "Oath Keepers."

"By Jan. 6, Oath Keepers was now suddenly willing to be part of the same crowd that contained White supremacists, racists, and the so-called Western chauvinists that the Proud Boys described themselves to be," Jackson said. "Jan. 6 was the first time that we really saw Oath Keepers engage in organized violence against the government in such a dramatic way."

In a recent filing, one defense lawyer wrote they reviewed thousands of messages and found no evidence that the Rhodes defendants planned any specific acts of violence on Jan. 6. 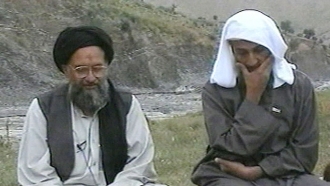