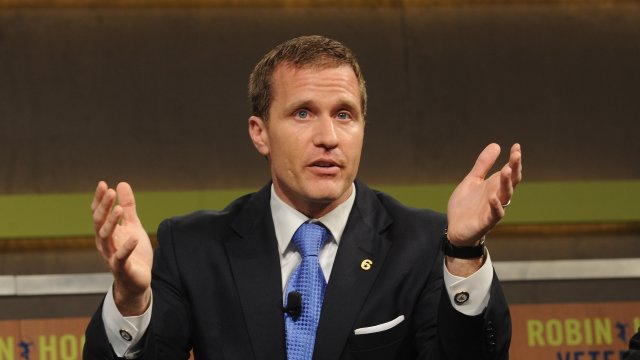 Prosecutors are dropping a felony charge of computer data tampering against Missouri Gov. Eric Greitens after he announced he'll step down on Friday.

The felony charges were filed against Greitens in April after allegations that he illegally obtained a donor list from a charity he founded. The St. Louis Circuit Attorney's Office said Greitens gave that list to a political fundraiser and used it to solicit campaign contributions.

In a statement, St. Louis' top prosecutor said it was unlikely Greitens would have faced prison time for the charge if he'd been convicted, as it would've been his first offense.

A charge of felony invasion of privacy against Greitens was dropped earlier this month but could still be re-filed by a special prosecutor. Greitens' resignation goes into effect Friday at 5 p.m. local time.