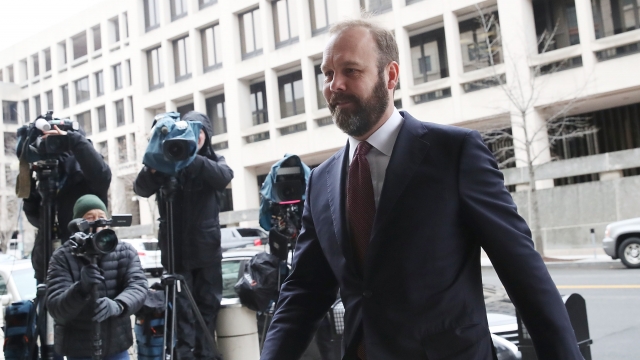 According to court documents filed Tuesday, prosecutors said they don't oppose Gates' request to be given probation only.

In 2017, Gates was indicted on a slew of charges stemming from the Russia investigation. He pleaded guilty last year to conspiracy against the U.S. and making a false statement.

But during the course of the investigation, Gates has spent more than 500 hours talking with both federal and state prosecutors, and he complied with three congressional subpoenas.

His attorney said his cooperation "likely represents the most extensive undertaking by any cooperating defendant" in Mueller's probe or other related investigations.

Gates had faced four years behind bars after he pleaded guilty in 2018. A judge is scheduled to sentence Gates next week.