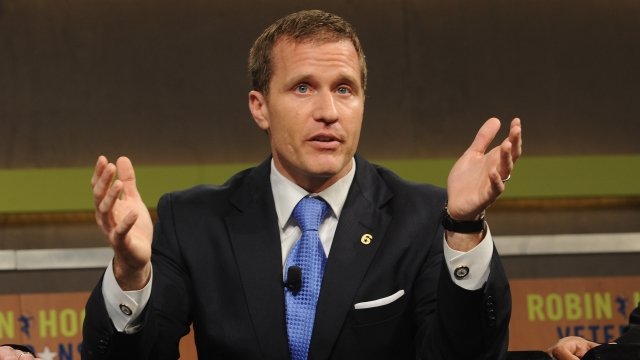 The felony invasion of privacy case against Missouri Gov. Eric Greitens has been dropped — for now.

The invasion of privacy charge alleged Greitens took a compromising photo of a woman with whom he was having an affair. That photo was then allegedly used to blackmail her.

The decision to drop the case stems from the circuit attorney being added to the witness list for the defense.

In a statement, the circuit attorney's office said that put her in an "impossible position."

Now the prosecutor's office is looking into refiling with one of the assistant attorneys taking the lead or trying to get a special prosecutor on the case.