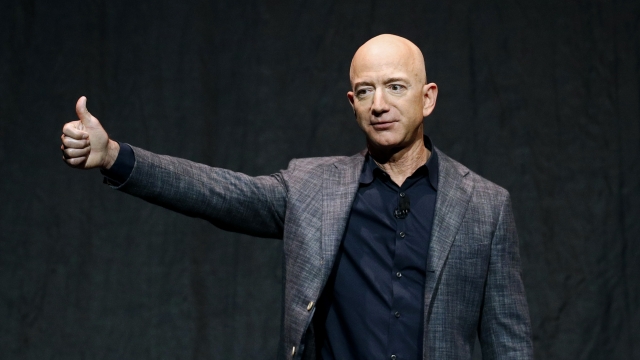 We told you about a new report last week that shows some of the richest Americans pay barely any federal income tax. It looks at the 25 wealthiest Americans and their leaked tax records.

ProPublica obtained the IRS records from an anonymous source. Those documents show Jeff Bezos' wealth went up $99 billion from 2014 to 2018. But he paid less than 1% in federal income taxes. He even got a child tax credit.

Even Warren Buffett, who wants billionaires to pay more in taxes, benefited. ProPublica reports  he paid taxes on 0.1% of his wealth over a four-year span even as it soared by $24 billion.

The IRS and FBI are now investigating and not what you may think. The agencies aren't looking at taxes but who anonymously leaked the tax files.

We do want to note these billionaires are playing within the rules. The tax code focuses on wages, not investments, usually taxed at lower rates.

You can legally avoid capital gains taxes if you don't sell off stocks. The ultra-wealthy hire people who know all the loopholes.

This is what the White House said last week.

"We know that there is more to be done to ensure that corporations, individuals who are at the highest income are paying more of their fair share, hence it's in the President's proposals, his budget, and part of how he's proposing to pay for his ideas," said the White House press secretary.