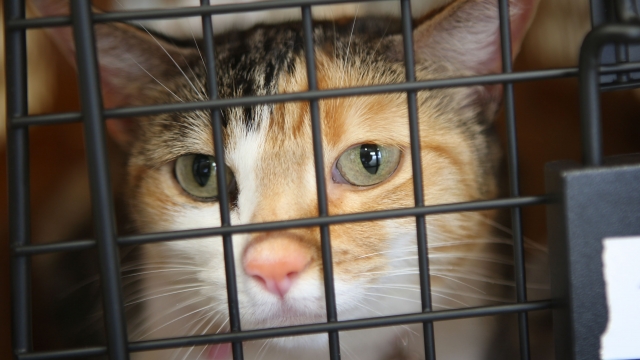 SMS
Transportation Department Proposes Change To Service Animals On Planes
By Caitlin Baldwin
By Caitlin Baldwin
January 23, 2020
Under the new rules, only specially trained service dogs would be allowed to travel in the cabin at no charge.
SHOW TRANSCRIPT

Bringing an emotional support animal on a flight may become more difficult. The U.S. Transportation Department has proposed new rules that tighten the definition of a service animal.

Under the proposed rules, only dogs that are specially trained to help an individual with a disability would be allowed to travel in the cabin at no charge. The change would fall in line with the Americans With Disabilities Act's definition that recognizes only dogs as service animals.

The proposal comes as multiple airlines have attempted to crack down on travelers taking advantage of the emotional support designation so their pets can fly free in the cabin.

If the new rules are approved, airlines would be able to designate all other animals as pets, which fall under different rules and possibly include a fee to travel.

The public has 60 days to comment on the proposal.