Proposed Law Would Keep Putin In Power Beyond 2024 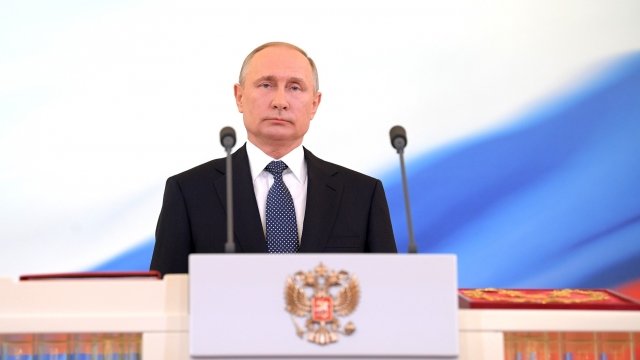 It didn't take long for Russian President Vladimir Putin's strongest supporters to suggest a way for him to stay in power.

Putin's second consecutive term — his fourth overall — started May 7. Russia's constitution says no leader can have more than two straight terms. In 2008, after his first two terms, Putin became prime minister. While he was prime minister, the presidential term was extended from four to six years.

The Kremlin said the Chechen proposal isn't on Putin's agenda, and Putin has said he doesn't plan to change the constitution — for now.