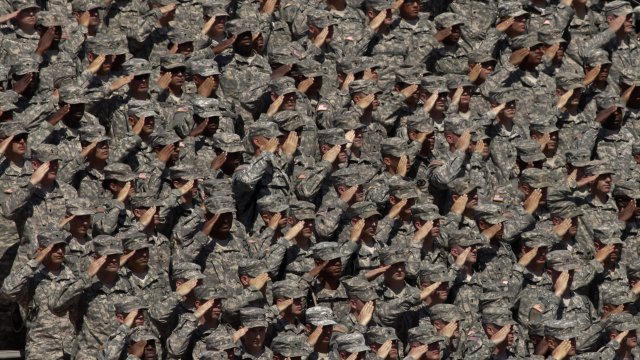 SMS
Proposed Defense Budget Gives Troops A Raise, Plans For Space Warfare
By Audrey Esther
By Audrey Esther
May 8, 2018
The budget addresses some expected topics ... and some less-expected ones.
SHOW TRANSCRIPT

The budget proposal establishes a new numbered Air Force responsible for carrying out warfighting in space because, it suggests, space will become a new warfighting domain.

To combat threats in cyberspace and elsewhere, the proposed budget suggests the Defense Department focus its efforts on artificial intelligence and machine learning.

Fulfilling a request by President Donald Trump to allocate $6.3 billion for increasing the number of U.S. troops in Europe would be one of the budget's most costly initiatives. It would also, in part, aim to deter Russian aggression.

The proposed budget also addresses another one of Trump's requests: holding a military parade in Washington, D.C. It supports the idea of a parade but suggests leaving the decision on whether to use military vehicles or equipment up to the secretary of defense.