Study: Proposed Changes To SNAP Could Cut Millions From Program 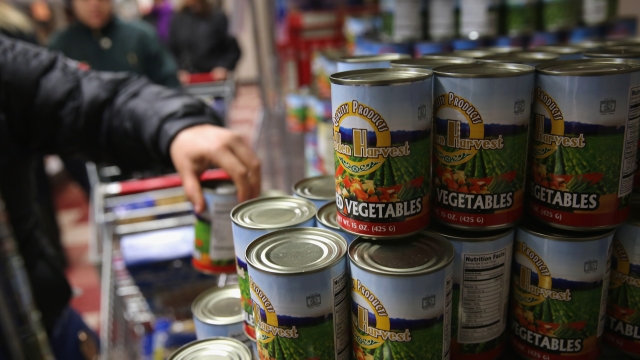 A study released by the Urban Institute suggests millions of Americans could lose access to food benefits if the Trump administration makes changes to the Supplemental Nutrition Assistance Program, also known as SNAP or food stamps.

About 40 million people received SNAP benefits in 2018. The Urban Institute reports that new rules proposed by the USDA could cut monthly recipients by more than 3.7 million.

The changes could also reportedly unenroll 982,000 students from free or reduced-price school lunch programs, though those students would be allowed to reapply.

The rules proposed by the USDA would not only tighten SNAP eligibility requirements, but it would also change how many states automatically enroll families in the program when they are approved for other forms of federal aid.

In a letter published in USA Today last December, U.S. Secretary of Agriculture Sonny Perdue said the proposed reforms would close loopholes and save taxpayer dollars.

He wrote the proposals would "ensure that those who are able to work do so in exchange for their benefits. This restores the dignity of work to a sizeable segment of our population, while it is also respectful of the taxpayers who fund the program."

In September, the USDA reported that one in nine people in the U.S. experienced food insecurity at some point in 2018. And critics of the USDA's proposals say they ultimately undercut the mission of the program.

Craig Gundersen, an agricultural and economics professor at the University of Illinois at Urbana-Champaign, researches food insecurity and assistance programs. He told NBC News that many of the people who received SNAP benefits remained food insecure despite the assistance.

He said: "The essential goal of the program is to mitigate hunger and its consequences in the United States. Anything that impedes SNAP of doing that is very problematic as it leads to food insecurity in our country."