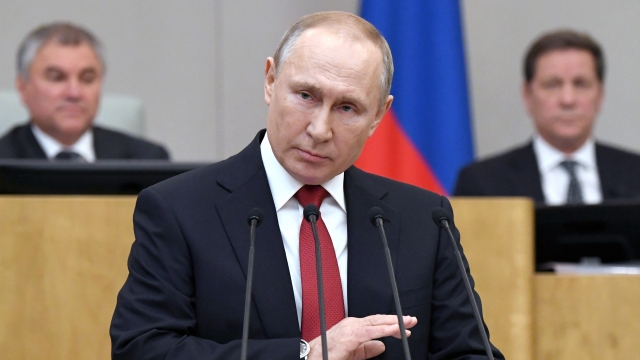 Russian President Vladimir Putin backed a proposed constitutional amendment that would allow him to stay president until 2036.

Parts of Russia's legislature voted in favor of the measure on Tuesday. Lawmaker Valentina Tereshkova proposed either lifting the presidential consecutive term limit or letting Putin run for reelection despite that limit. She made it clear that the point of the proposal is to promote stability by avoiding a change in leadership.

Putin addressed lawmakers right after she introduced the proposal. Even though he's open to restarting his own consecutive term count, he said getting rid of the limit altogether isn't a good idea. He said Russia's Constitutional Court would have to decide if that's even legal.

If the measure is approved by the Constitutional Court, the public will get to vote on it, along with other possible amendments, on April 22.

Right now, presidents in Russia can only serve two six-year terms in a row, but there's no limit on total terms. Putin's second consecutive term is set to end in 2024, but he's in his fourth presidential term overall. The 67-year-old has been in power for more than two decades, but he has previously said he'll follow the law and step down when his current term ends.

Russia's government resigned in January after Putin proposed constitutional amendments that would transfer power from the presidency to parliament, essentially weakening his successor. Putin's critics say he made the move to maintain influence after he steps down, but he said that's not true.