The Promise Of Space Gardening 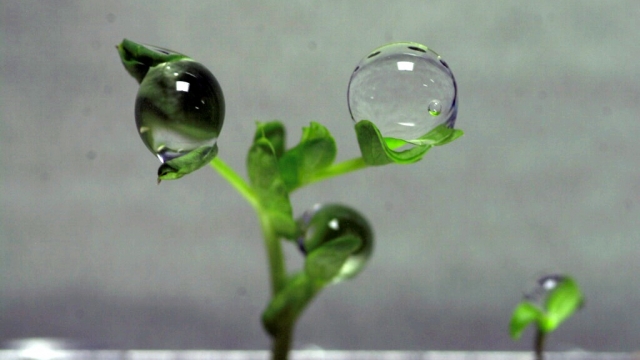 Plants have been part of missions to space for decades: in short-lived satellites, permanent gardens and even trips to the moon. Low or no gravity means plants don't always know exactly which direction they should grow — but in many of these experiments, they've still thrived.

Recently, astronauts have grown successful crops of lettuce, zinnias and mustard plants aboard the International Space Station. In 2015, for the first time, the crew got to eat red romaine lettuce they grew themselves.

As with most other space activities, this gardening answers important scientific questions. The experiments aboard lunar landers or the ISS help us understand what it takes to keep plants alive in extreme environments.

For example, we've learned that plants need fans to circulate the weightless air around them, or they'll suffocate on the oxygen they make during photosynthesis. And we still need to learn more about how the severe radiation in space affects plant DNA if we want to be able to sustain a garden for long.

Space gardening could prove useful for future long-term missions. Plants could help recycle a spaceship's air and make up an important part of the food supply. Some researchers say a garden could even provide psychological benefits to moon or Mars crews by helping astronauts cope with being such a long way from Earth's green plants.