Professor Who Stood With Muslims Parts Ways With Christian School 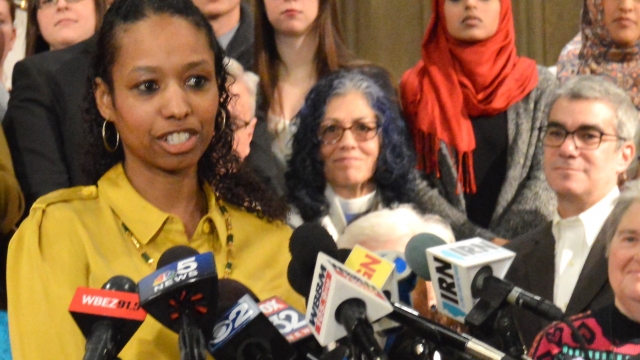 SMS
Professor Who Stood With Muslims Parts Ways With Christian School
By Samantha Crook
By Samantha Crook
February 7, 2016
Dr. Larycia Hawkins is leaving Wheaton College after being placed on administrative leave for her statements about Christianity's similarity to Islam.
SHOW TRANSCRIPT

The Wheaton College professor placed on administrative leave for her comments on Islam is officially leaving the school.

Professor Larycia Hawkins gained attention in December when she made comments in solidarity with Muslim women on Facebook and suggested Muslims and Christians share the same God. As a sign of her solidarity, she wore a hijab during Advent. (Video via The Video Catalyst Project)

Supporters of Hawkins suggested scrutiny of the professor's statements was excessive and related to her race and gender. In a statement, the Christian college disputed the claims and added that her wearing a hijab had nothing to do with the decision either. (Video via Wheaton College)

Instead, the college said she was placed on leave because of "theological statements that seemed inconsistent with Wheaton College’s doctrinal convictions." (Video via Wheaton College)

Students protested in support of the professor, and close to 80 faculty members asked the president and provost to withdraw a recommendation for Hawkins to be fired. Additionally, hundreds of alumni threatened to withhold donations until "reconciliation" was reached.

The Washington Post reports the provost did decide to withdraw the recommendation for her termination. But that same day, the college announced it had "reached a confidential agreement" with Hawkins. (Video via Wheaton College)

The college will hold a joint press conference with Hawkins on Wednesday to "further public reconciliation".  (Video via Wheaton College)

This video includes images from Daniel X. O'Neil / CC BY 2.0.