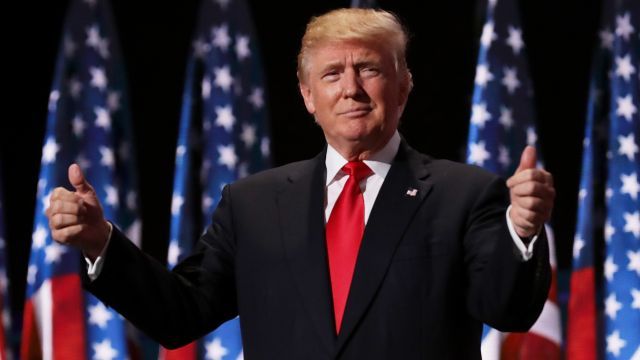 Few experts predicted Donald Trump would be the 45th president of the United States. One professor who did says Trump's administration won't last long.

As early as September, American University professor Allan Lichtman told The Washington Post that Trump would triumph. Now he's saying Congress will likely impeach President Trump and remove him from office before the end of his first term.

"They don't want Trump as president, because they can't control him. He's unpredictable. They'd love to have Pence — an absolutely down-the-line, conservative, controllable Republican. I'm quite certain Trump will give someone grounds for impeachment," Lichtman told the Washington Post.

Lots of Republicans said they were uncomfortable with Trump as their nominee for president. Having Mike Pence in the White House would put a more trusted establishment Republican in the job.

SEE MORE: Republicans Will Maintain Control Over The US Senate

It's worth noting that Lichtman's prediction that Trump would win was based on his own system that's been right in all but one presidential election since 1984. It wasn't correct in 2000, when Al Gore won the popular vote but not the Electoral College. But Lichtman's belief that Trump will get impeached is just a gut feeling.

This is all contingent on Trump actually committing a crime.

Trump is already facing some legal troubles in civil court. He's due to testify in one of the Trump University cases in late November.

The Constitution doesn't specify that the impeachable offense has to happen while the person is president, but political science professor Eric Schickler said, "The conventional understanding of impeachment is that it is due to actions taken while in office."