Professor Plans To Teach A Summer Course On 'The Trump Factor' 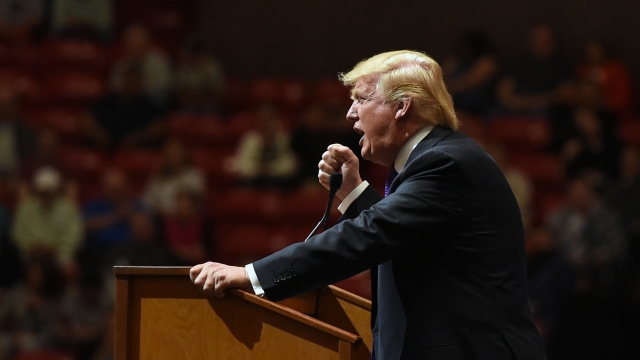 "Why is that message of Donald Trump resonating?" Dr. Robert Smith asked.

The rise of Donald Trump has baffled many this election season. Now, a university professor in Georgia wants to help people figure out why.

"Our university is a historically black college and university, and so I would have to say that our students probably have a more negative viewpoint of Donald Trump overall," Smith said.

The class will take an objective look at his candidacy and his campaign.

"Donald Trump in some respects was already sort of a household name at many levels. And so he didn’t have that really steep ladder to climb in terms of at least getting some notoriety for himself," Smith explained.

"What was the Donald Trump message? What was the message that he was trying to get at and to advance?" Smith asked.

Beyond the message to voters, Trump's campaign is challenging the conventional wisdom that focuses on the importance of the party.

"And his approach, I think, does represent a fundamental shift in strategy and approach, and one that may redefine how we conduct political campaigns in the future," Smith said.

But the three-credit course won't be all about Trump.

"We need to equally pay some attention to the democrats in terms of Hillary Clinton and also Bernie Sanders. And there may be an interesting contrast to develop there," Smith said.

This video includes images from Getty Images and Savannah State University and clips from Donald J. Trump for President, Inc. and Trump.