Professional Cuddling Is Back: Is This A Real Business? 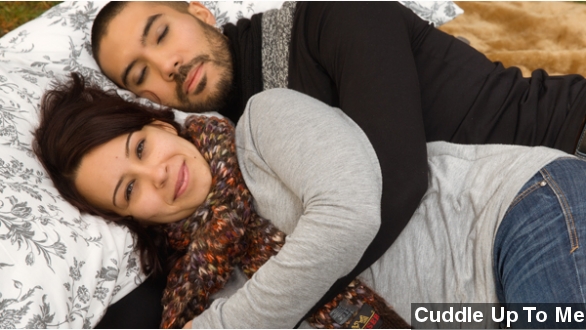 SMS
Professional Cuddling Is Back: Is This A Real Business?
By Lauren Zima
By Lauren Zima
November 20, 2014
A "cuddling studio" has opened in Oregon and, if business keeps up, is set to make hundreds of thousands of dollars. But is this a lasting business?
SHOW TRANSCRIPT

Samantha Hess of Portland, Oregon, is a professional cuddler. People pay to cuddle with her. She started with at-home client visits last year, but her business grew so much she’s opened a cuddling studio.

Hess told KLSR, "Have a cuddle. So this is the cascades room. This was done by a local artist. ... We use new pillowcases for each session."

Thirty-year-old Hess' "Cuddle Up To Me" studio has been open less than a week. Clients are charged $1 a minute for "platonic cuddling" and can book sessions from 15 minutes to five hours.

"We just make people feel loved and accepted for who they are," she said to The Oregonian.

She's now having to hire and train new cuddlers. All of the cuddle rooms are equipped with cameras for safety reasons.

“So I’ll lean back on you, and you can lean on me. ... Just a nice way to start with somebody," Hess advised one cuddler-in-training.

Hess says at first it was hard to find a landlord who believed her business was completely PG-rated. She was rejected by eight spaces. She does client consultations first, for safety too, and says her cuddlers do a 40-hour training program.

The story has quickly reached outlets in Australia, Ireland and England, where The Telegraph tried to explain Hess as a "hipster." Hilarious.

But we'll note, we've heard these stories before. In 2012, we told you about another professional cuddler.

Hess says she plans to be a professional cuddler for the rest of her life. So, just an eye-catching story, or a real, lasting business here? Tweet us and let us know — would you cuddle up?