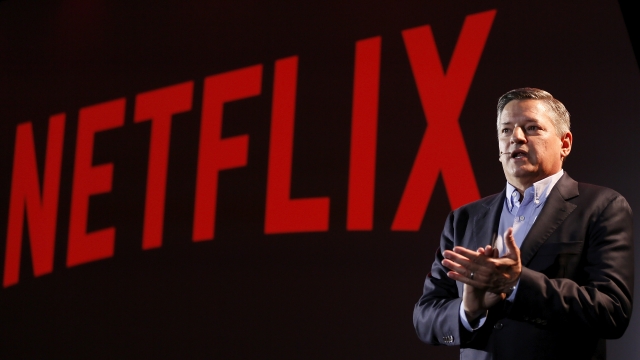 SMS
Producers Guild Of America Honors Netflix Chief With Major Award
By Casey Mendoza
By Casey Mendoza
January 17, 2020
"He has provided a platform for producers to create new content that may not otherwise be seen."
SHOW TRANSCRIPT

"You've clearly thought this out. I'll call you, and we'll try this again."

Even if you don't recognize the name "Ted Sarandos," you'll likely recognize his work as the chief content officer of Netflix.

["Pilots, the fall season, summer repeats, live ratings. All of the constraints of linear television are falling away one by one."]

Sarandos, who has been with the company since 2000, was the person who brought on the platform's first original series: "Lilyhammer," "House of Cards" and "Orange is the New Black." More recently, he was the person responsible for bolstering the company's slate of original films with projects like "Roma," "The Irishman" and "Marriage Story."

This year, the Producers Guild of America will honor Sarandos with its Milestone Award on Saturday, Jan. 18.

Past honorees include Disney CEO Bob Iger and director Steven Spielberg. Describing Sarandos' work, the presidents of the PGA said in October: "He has provided a platform for producers to create new content that may not otherwise be seen."

All those original shows and films, however, don't come cheap.

Netflix may address those concerns on Tuesday, Jan. 21, when it releases its fourth-quarter earnings report.