Investigation Says It's Unclear If Northam Posed In Racist Photo 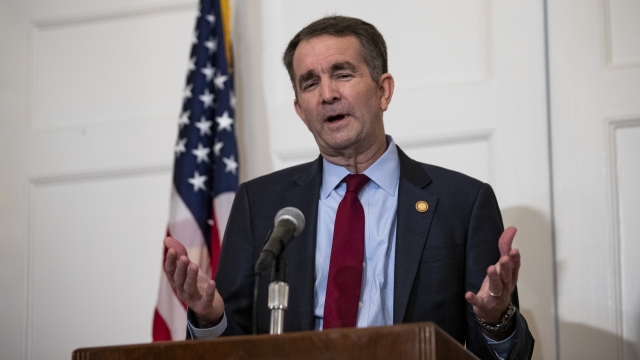 By Katherine Biek
May 22, 2019
The photo, which surfaced back in February, shows a person who appears to be in blackface next to a person in a Ku Klux Klan costume.
SHOW TRANSCRIPT

A law firm that conducted an independent investigation into an offensive photo on Virginia Gov. Ralph Northam's 1984 medical school yearbook page said it can't prove that he's actually in the photo.

The photo, which surfaced back in February, shows a person who appears to be in blackface next to a person in a Ku Klux Klan costume.

Northam initially said he was in the photo and apologized for it. But he walked back that confirmation in a press conference shortly after his apology.

Despite saying he's not in the yearbook photo, Northam did admit he once darkened his face for a dance competition in order to resemble Michael Jackson.

Despite numerous calls for him to resign, Northam said he's going to spend the remainder of his time in office "addressing issues of inequality" for black Virginians.