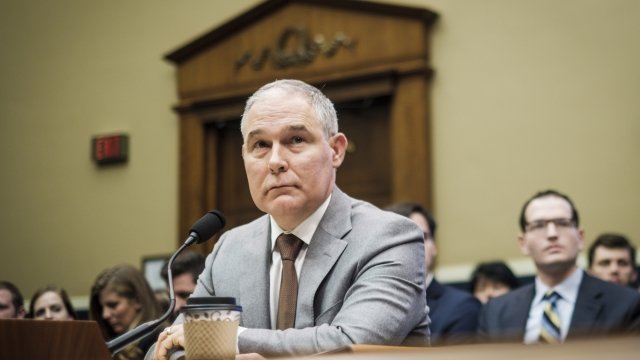 SMS
The Probe Into EPA Chief Scott Pruitt's Travel Is Expanding Again
By Lindsey Pulse
By Lindsey Pulse
January 11, 2018
The Environmental Protection Agency inspector general has been looking into whether Pruitt's travel is by the book.
SHOW TRANSCRIPT

The EPA inspector general has already been looking into whether Pruitt's taxpayer-funded trips on private and military flights, as well as a number of trips to his home state, are all by the book.

Now, the audit is expanding to include Pruitt's December trip to Morocco.

That trip reportedly cost taxpayers $40,000. One of the reasons he went was to promote U.S. natural gas exports.

The senator who asked for expansion, Tom Carper, reportedly thinks there could be an issue with the trip because the EPA doesn't oversee natural gas.