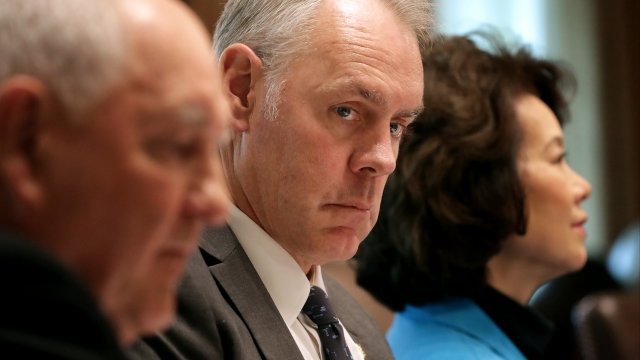 The investigation's report said Zinke allowed his wife and other families to ride in government vehicles with him, something department policy prohibited at the time.

The report also found Zinke and his wife used a government-funded security detail during a vacation the two took to Turkey, at a cost of $25,000. That was not a violation of policy, because there isn't clear policy on that kind of use of a detail, the report said.

Adding to the controversy, there were reports Wednesday that the White House was appointing a Trump campaign lawyer to oversee the department's inspector general, something Interior officials denied.

The Interior inspector general is reportedly pursuing several more investigations into Zinke, covering his alleged dealings with Haliburton and a lawsuit brought against him by the Mashantucket Pequot Tribal Nation.